I finally have gotten around to being able to get this write-up done to show some comparison between what my “Maintenance/Off-Season/Not Meet Prepping” program is compared to what my peaking programming looks like. For this comparison I’m actually going to show two different peaking programs because for my current MEET PREP I actually switched programs about two weeks into my prep and the reasons for that will be stated below.

My weekly grind program has quickly become one of my favorites. Before this current meet prep I had pounded away at about 4-5 cycles worth (at 3 weeks a piece) and was consistently making gains and getting stronger. The greatest thing about this program is that it is completely FREE. The program is called ProgrammingToWin brought to you by the fine folks from PowerliftingToWin.com and is based off of the RPE (Rate of Perceived Exertion) scale. If the RPE scale is new to you, this is what it is in a nutshell: 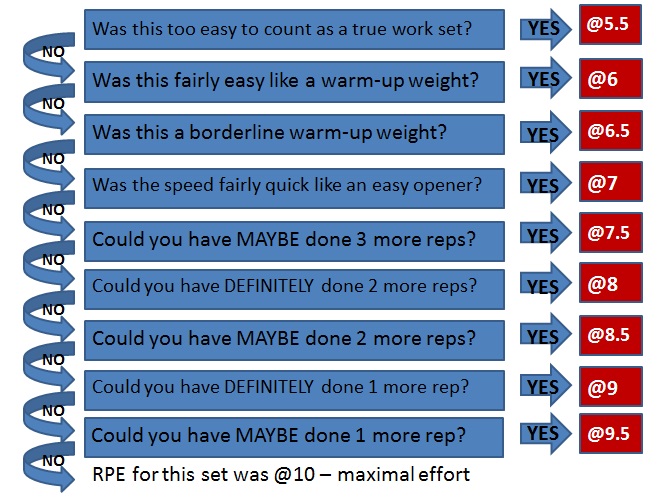 The program incorporates two difficulties: one for novices and another for intermediates. When I first stumbled onto this training I had moved well beyond 5/3/1 and had dabbled in The Cube Method and had previously used Sheiko as a peaking program for my first powerlifting competition so I considered myself an intermediate. Each difficulty tier is split into three separate programs, each with varying lengths, exercises, and programmatic advances. I am currently running the ProgrammingToWin Intermediate Program #2 (PIP2). Here is what PIP 1, 2 and 3 look like: 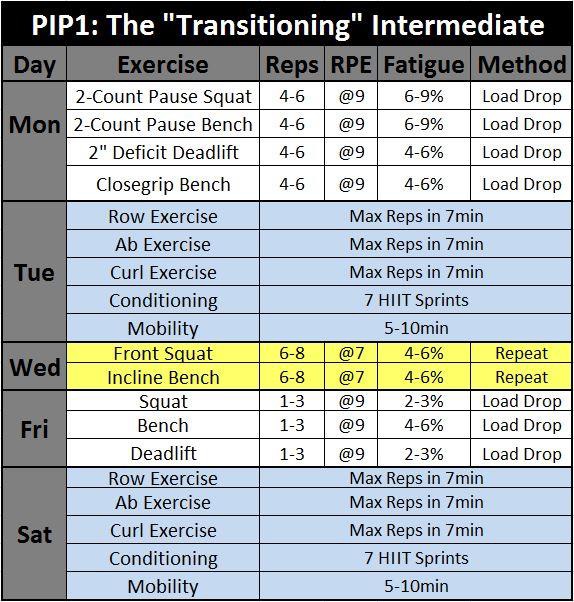 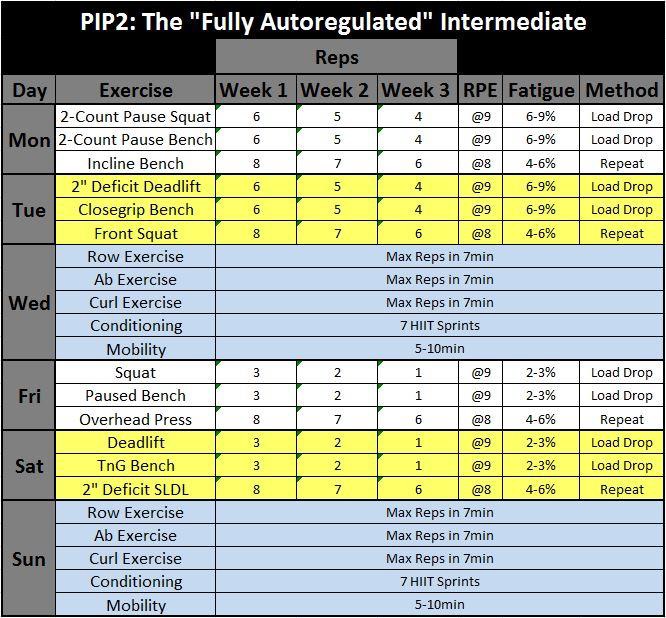 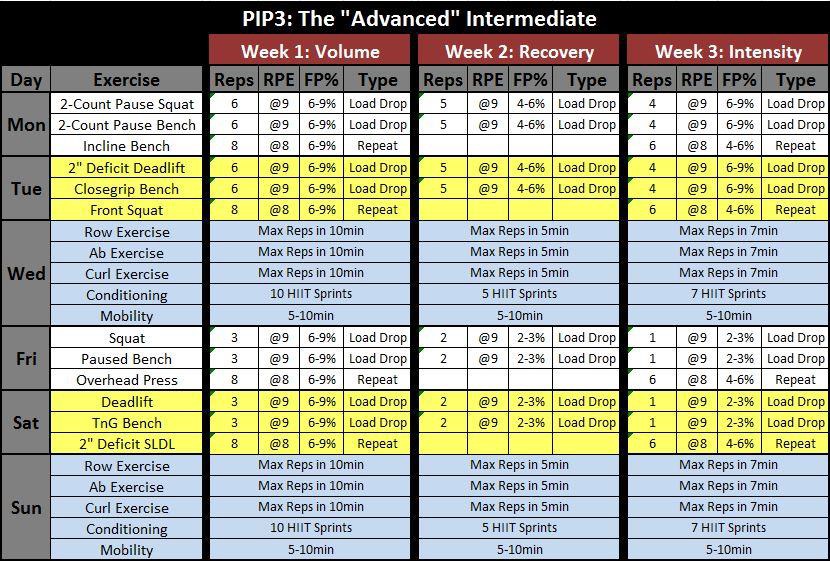 The main difference between PIP1 and PIP2 is that autoregulation comes into play which allows you to push further into your sets/reps or back off depending on how you perceive the weight to be that day. As you can see on PIP2, I am benching 4x a week, squatting 3x a week, and deadlifting 3x a week. I may consider switching into PIP3 after this next meet. If it ain’t broken, don’t fix it!

I said early that I had made a change to my peak program about 2 weeks into my actual “peaking programming” and I did so for a very specific reason. Of course with any program its all very specific to YOU, the individual, so your mileage may vary. What may work for you may not work well for me and vice versa. When I initially started my peaking program I did so with the helping of the Lilliebridge Training Method, which I will summarize here as this is a program you have to pay for:

As you can see LTM is set up to have you either squatting or deadlifting heavy once a week and performing the other exercise as a light/speed set and a separate day for benchpress either heavy ass weight or lighter weight AMRAP with another day for accessory work. When I went into this program I had it split into four days:

This program is 8 weeks long and as you progress into it the AMRAP benchpress sessions fall away and become heavier weights based off of a % of your max for prescribed reps just like the heavy squat or heavy deadlift days.

The problem I had with this program is 1) it wasn’t specific enough and 2) it wasn’t training the main movements as frequently as I would like. One day a week you were either benching heavy for prescribed reps OR you were using lighter weight but doing AMRAP work. Then another day that week you were either squatting or deadlifting heavy for prescribed reps. So you essentially bench once a week, and squat/deadlift (heavy) every other week. I didn’t feel like this was appropriate for meet prep especially when you are looking to peak at the very end. And while I think AMRAP work has its place I didn’t think it was helping much at this point. I also didn’t agree with the amount of accessory work that was included. I’m not sure how DB flies, upright rows and calf raises were going to benefit the BIG 3. And it was these concerns that match up exactly with Izzy who wrote the PTW program

LTM poses a risk to the natural lifter due to detraining because the frequency is so low – and this was the exact complaint I had going into Week 2. I just didnt’ feel like I was doing enough so I had to make a change…

Enter in Jonnie Candito’s 6 week strength program. When I got to this point I was essentially scrambling for a program because I had about 7 weeks to go until meet day and I knew Sheiko wasn’t going to cut it because its a 2-3 month long program (and you never really go that heavy anyway but GOOD LAWD THE VOLUME). A fellow YouTuber had started in on the Candito 6 Weeker so I took a look at it and thought that it matched my training style perfectly, was going to set me up for a good peak and fit the timeline exactly.

One thing I love about this program is that its very SPECIFIC to powerlifting: you area always training the Big 3 and some accessory work gets sprinkled in but not by much. As you get closer to your peak the intensity ramps up while the volume comes down which hopefully will set you up for big things come week 6. There is some AMRAP benching going on here in the first two weeks but that falls off and switches over to sets/reps at prescribed percentages of max weight. The training frequency is fantastic. 5 days for the first two weeks which then dips into 3-4 days a week as you progress.

At the time of writing this I’m in the middle of Week 3 and things have been going fantastically well (besides getting a sinus infection which zapped my strength for the first 10 rep squat day!). Earlier this week I managed to squat 345x3x6 which was a PR for that weight at that many reps and my benchpress has surprisingly surged in strength as well. The one thing that irks me a little bit is that deadlift is essentially ignored until later into the program so I’m hoping I haven’t lost too much strength in that regard! 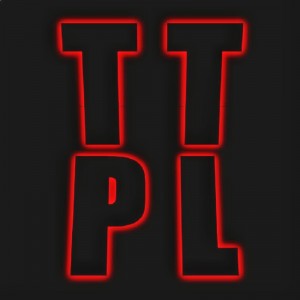 Pick the program that works best for you. There are tons out there and the goal is the same: find one that creates a better, stronger, (taller?) you!