Protein Pudding? What In The… 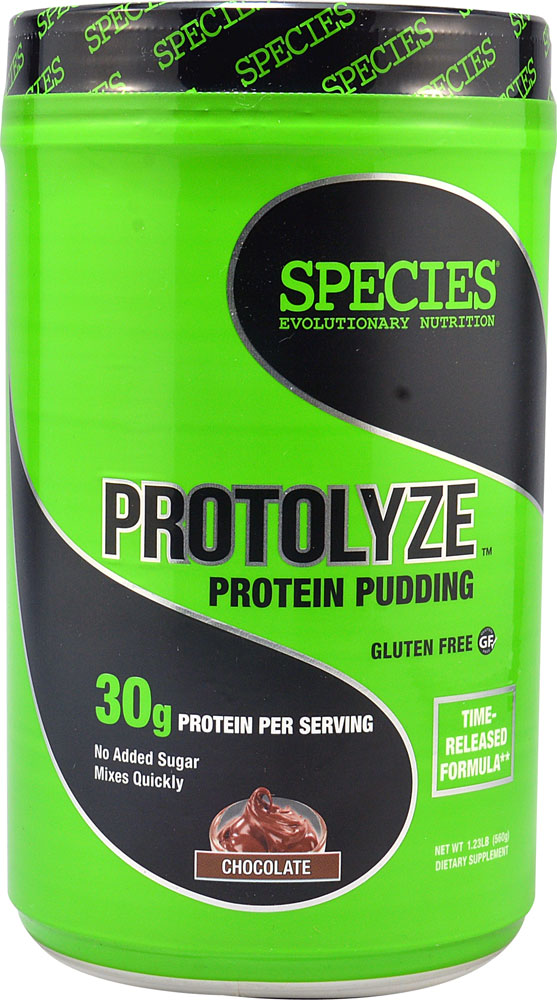 When I first received my sample packs of Species PROTOLYZE I wasn’t quite sure what I had received. I had reviewed Isolyze RTD (Ready To Drink) awhile ago and I enjoyed it so I had high hopes for Protolyze… but I wasn’t quite sure how the product was different. That’s when I looked at the package and noticed it said PROTEIN PUDDING. What!? Pudding??? You’ve gotta be kidding me! The only time I’d ever had a “protein pudding” was when I added some to those Jello pudding cups. This was something completely different. A whole serving that was in powdered form that you’d mixed up with water (or milk) and it would slowly form itself into a nice, creamy pudding. I remembered having some issues with the RTDs because I couldn’t quite get all of the protein to shake up in the bottle when I was mixing them so I was interested to see how well Protolyze pudding would actually mix up and whip itself into pudding instead of a chunky mess. I got a tip to put the pudding in the fridge overnight so thats exactly what I did.

MIX IT UP & LEAVE IT ALONE! 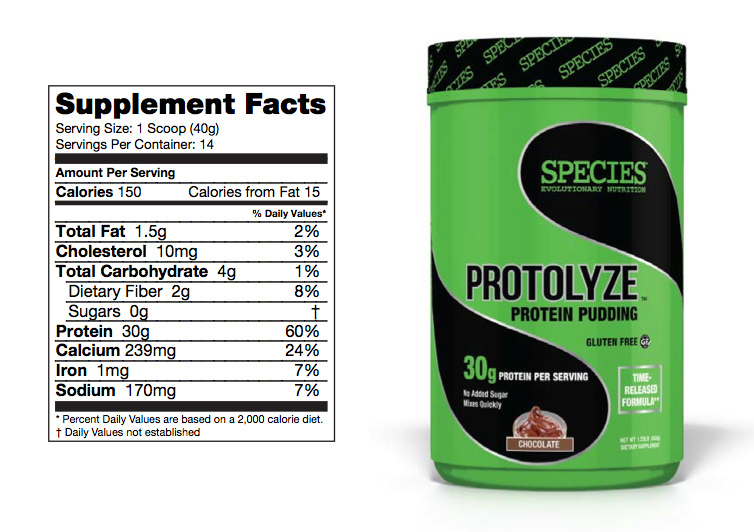 My sample packs were one serving for the pudding (30g protein/serving), but I had 2 packs of both chocolate and vanilla. The directions say to mix 1 scoop with 2 ounces of water. I used both sample packs at once so I could enjoy a 60g serving of protein split up throughout the next day. I mixed both packs with 4 ounces of milk and started to stir them into a big bowl just a spoon. After awhile (~1 minute or so) the mixture had changed from a milky powdery mess to a more thick consistency that was starting to resemble something pudding-like. After about another minute of stirring I had finally whipped the mixture up enough that it legitimately looked like JELLO pudding. Nice, thick and creamy. The biggest problem you’ll run into is that most of the protein powder as you are mixing will try and force itself to the outer rim of the bowl. Once it was all mixed up I stuck it in the fridge overnight and when I opened it up the next morning it looked like I poured brownie batter into a bowl and left it there in the fridge. 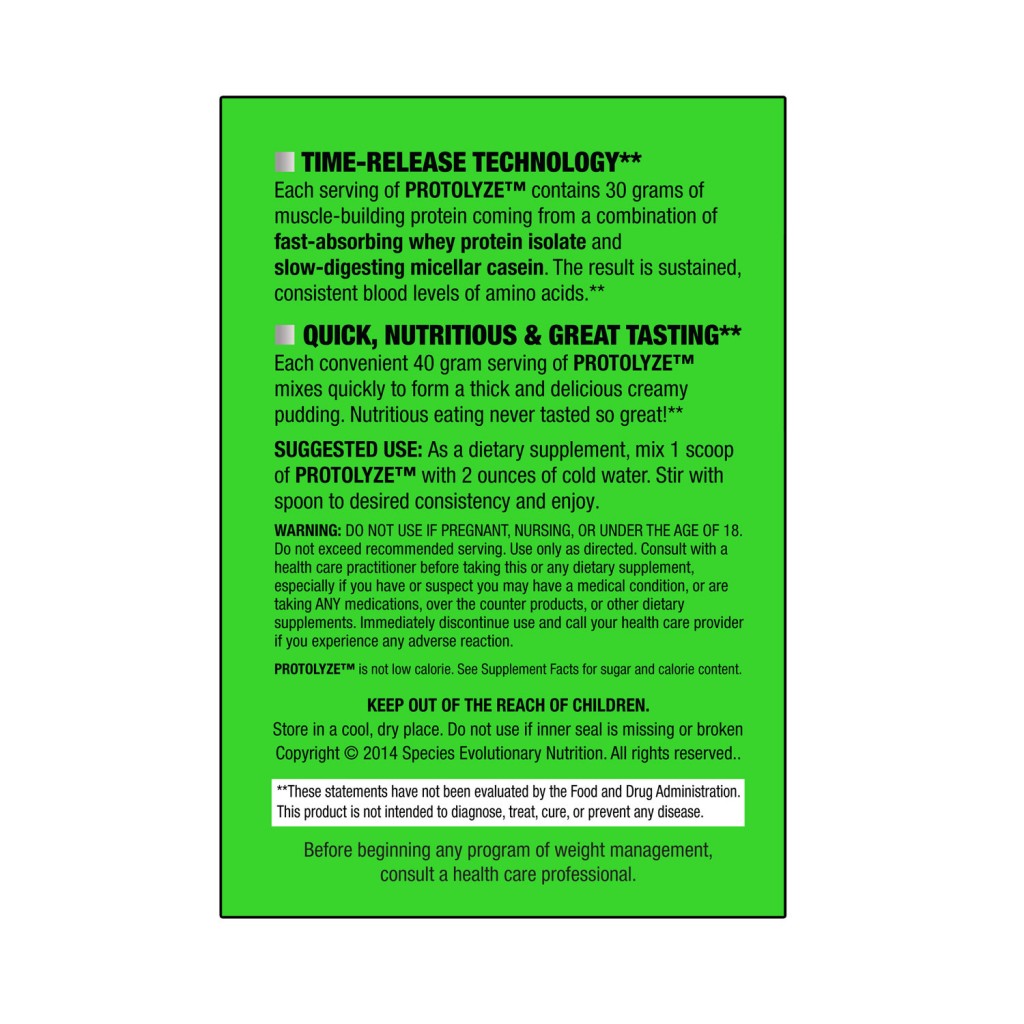 Leaving it overnight in the fridge only added to the thickness. Sticking a spoon into it was like diving into a chilled creme brulee. The taste was nothing short of fantastic and is what I came to expect after the results with Isolyze. Protolyze is a little different, consisting of a combination of micellar casein protein and whey isolate. The flavor was amazing, right up there with actually eating Jello chocolate pudding! I only meant to eat half the bowl and save the rest for after lunch but I couldn’t resist. Licked the bowl and spoon clean! Great taste, fantastic profile and a unique spin on how to get in your protein for the day. Taking shake after shake can get quite monotonous and if you have the patience to mix up some Protolyze pudding and set it aside for a treat for later in the fridge then you will be pleasantly surprised when you dive into it post workout/midnight snack/anytime. The only downside I can see to this would be those people that just don’t have the time to sit there and mix up the protein and wait to eat it. I’m sure there will be a post somewhere about someone adding the pudding mix into their shaker and wondering why it was so damn thick! I for one enjoyed it and will be looking to get more for the future (and for those of you still reading, yes, vanilla was just as good!)