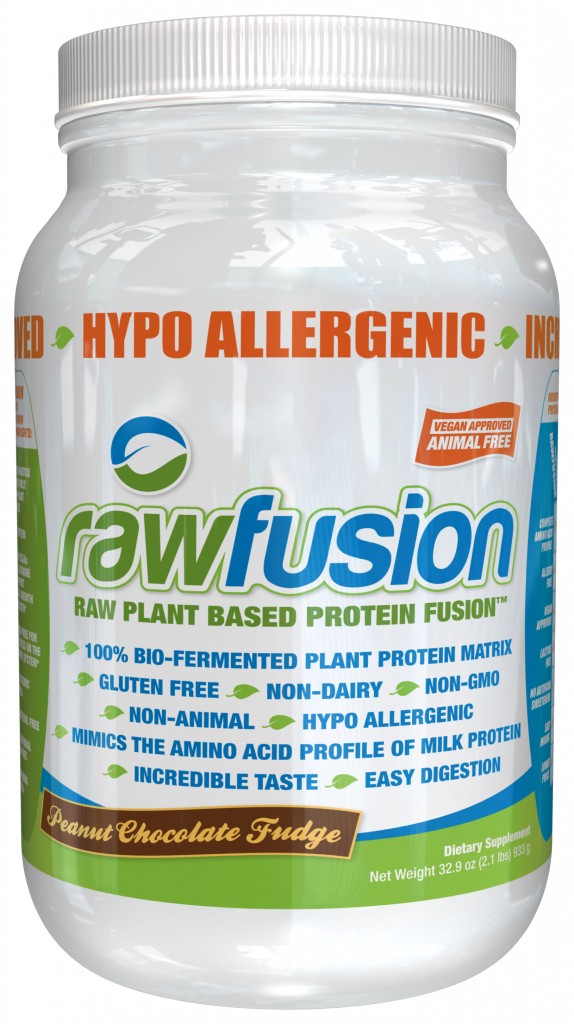 So I received 2 sample pack trial sizes of SAN’s RAWFUSION to give a review on. I have seen this protein before and I’ve actually had a sample pack given to me when I visited the Arnold Classic a few years ago but it disappeared within my bag of goodies from that year and by the time I had found it it wasn’t really edible anymore. So I was pleasantly surprised to see that I had another opportunity to try it out! Now judging from just looking at the product labeling by itself we can already see that it is going to fit into a lot of food niches for people with particular dietary issues, dietary beliefs or allergies, etc. Completely bases itself off of plant proteins (which I must say is a first for me to try!). Gluten free. No dairy whatsoever. Non-GMO for those of you out there like to watch where your food comes from. Non-animal, hypo-allergenic (sometimes you never know whats in that protein blend you got from the smoothie bar at the gym), with great taste and easy digestion. All of that is fine and dandy but what I’m really concerned with when I review and taste test protein is a few things: how good is the taste really going to be, how does the macro profile breakdown look, how easy is it to mix up, and how much is it going to cost me. I’m usually looking for the highest amount of protein per serving for the least cost per serving without sacrificing the quality of the product. 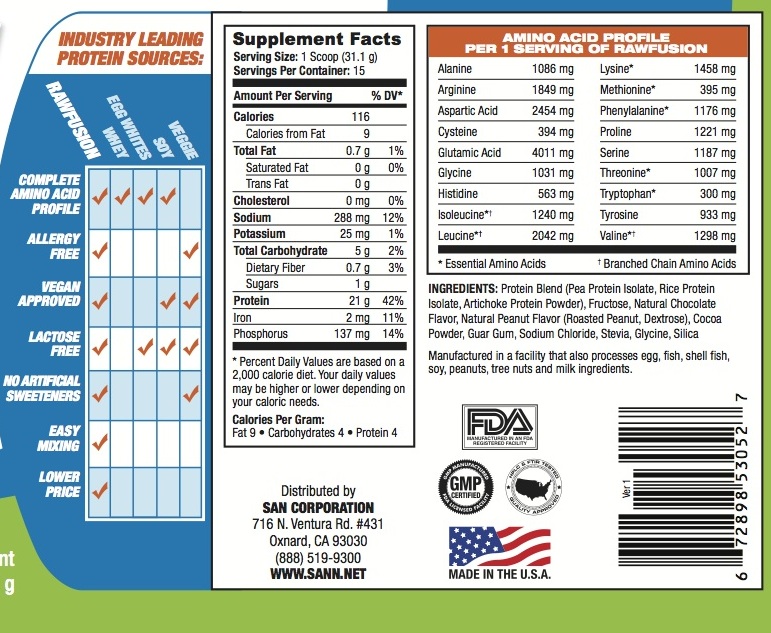 So in one scoop we’ll get 21g of protein, 5g of carbs and practically no fat. That’s fine with me (but for those of you going low-to-no carb you might need to find another outlet such as Dymatize ISO-100). Amino acid profile looks great. I’d say a serving of 21g of protein per scoop is right near the average for other products I’ve tried (usual range is 15g-30g/serving). What I am initially concerned with is that although the label shows a checkmark for lower price, who knows how well that translates compared to other proteins. However after doing some research it looks like Rawfusion hovers around the 0.80cents/serving mark which is VERY good. Granted you can find other higher protein per serving products out there at a lower cost per serving, they don’t boast the added benefits that Rawfusion has slapped onto it’s label. The numbers look fine but how do they taste? And how does it mix?

MIX METHOD #1: Cup & Spoon – I would literally never recommend this method to anyone trying to get their protein fix. Yea it might be the fastest way to get it down but Rawfusion (like practially any other protein) didn’t fare well with mixing by a spoon. Left some huge chunks floating around and even after continued stirring did it finally break them down into smaller, swallowable size. Avoid!

MIX METHOD #2: Shaker (preferred) – Throw in one scoop of Rawfusion into about 10-12oz of water (or milk or whatever you prefer), close the lid and shake away. After about 15 seconds of vigorous shaking the protein shake was ready for consumption.

MIX METHOD ##: Blender – For those that lack a shaker cup or just really want to watch their protein spin around and turn into a completely homogeneous mixture then this method is for you.

After mixing up Rawfusion in my shaker cup, I took one sip for just to let it linger on the tongue (I usually just chug my shakes with reckless abandon). My samples were chocolate, and while the chocolate taste was there and was good, it was very short lived. Since Rawfusion is completely based off of plant protein, regardless of whatever flavor enhancers SAN added, they plant based flavor still breaks through and is definitely not a pleasant experience. It’s certainly not the worst product I’ve ever tried, but if you are looking for something that tastes great and has a good profile I’d say look elsewhere (Trutein, Ultimate Flurry, Gold Standard). Right after the choclatey taste wore off you get an aftertaste that is almost chemical in nature and very bland/chalky. I quickly tried drinking the rest of the shake in order to free myself from the planty sensation that I was now feeling even in my nostrils but it kept resurfacing. The aftertaste goes away after 30 seconds of so but I found myself scrambling to get some bottled water to rinse my mouth out with and wash everything down. The texture was very thick and foamy almost like trying to drink a half melted milkshake that had sat in a car in the sun for too long. Not too thin, not too thick but somewhat foamy. Not chunks or grittiness to it. While it wasn’t the best tasting thing in the world it was definitely drinkable. I did not notice myself having any stomach discomfort or burps afterwards. Very easy on the innards. 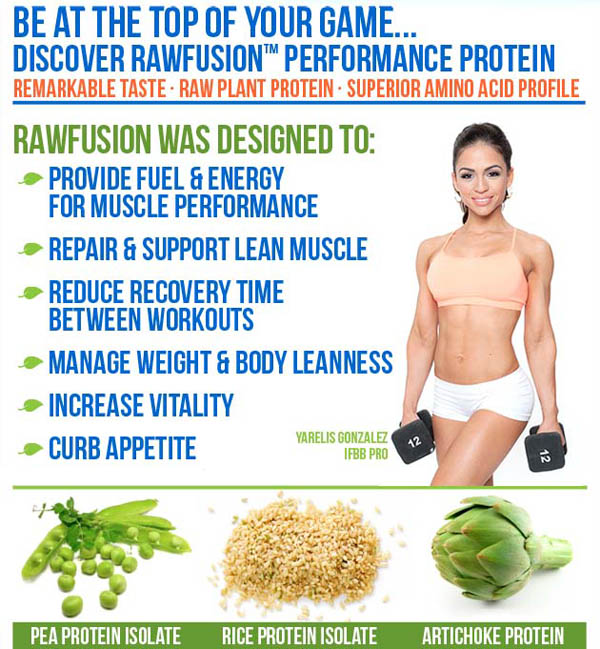 If your regular protein is giving you troubles or you suffer from some sort of dietary intolerance, I would definitely give SAN’s Rawfusion a chance. It’s cheap for the serving (and gets even cheaper per serving the bigger the tub you buy), its easy on the stomach, and if you can get past the aftertaste then you’ll have no issues drinking it down (may even taste better when mixed with milk)! The amino acid profile and the macro profile are well balanced. I would always like to see a little higher protein per serving content from my protein product, but from the other benefits of Rawfusion based on its profile I can’t complain! Considering it wasn’t made from any animal-based source, I’m impressed!